Last Friday after publishing my post Acceptance with Joy, I tapped out a comment on social media about how difficult I had found writing this particular piece. It didn’t occur to me until a few days later that my comment might have seemed a bit misleading or sensationalist to those who went on to click the link and have a read of what I had written.

Perhaps they thought I was signposting them to a page in which I shared that we had decided once and for all to stop trying for a family. Perhaps they thought I would be saying that we had received serious medical news which had drawn a clear finality to our hopes of children. These things would certainly be incredibly difficult statements to make. Instead, I simply said that I had finally come to terms with the possibility that we might never have children. I would forgive anybody who wondered why this might be so difficult to articulate, and that surely I must have already considered this potential outcome by now!?

But you see, pondering an outcome and accepting an outcome are two very, very different things! We can think about something for a long, long time; happily holding it at arm’s length, whilst quietly denying that it impacts our heads and our hearts in any way. Sometimes I suspect we could go through our whole life, quietly ignoring glaring truths or deep hurts that we have no interest in coming to terms with.

But acceptance? Acceptance takes courage and bravery because it requires eyeballing things that might not sit comfortably, or relinquishing our need to have control. Acceptance demands a prevailing peace and acknowledgement that the outcome that has unfolded – or might yet unfold – is one with which we can live, even if we had expected and hoped for something different. Sometimes acceptance is choosing to embrace that which feels like the very worst thing we could imagine, by allowing ourselves to let go of the belief that we know best or that we’re in control. Acceptance isn’t necessarily about giving up, but it is acknowledging that we need to loosen our grip. Ultimately, acceptance is surrendering to the sovereign hand of God and trusting that He knows exactly what He’s doing with us and our lives. And that doesn’t always come easily, especially when the circumstances don’t look anything like we had in mind!

If you’ve been following my blog you’ll know that the only desire I’ve had my whole life long is to be a mother – a biological mother. I don’t know why it’s so deep-rooted, but it is. I adore children. They give me such joy! I have never been career-focused or had particular aims in life – except motherhood. And the narrative that life so often peddles is that we can have whatever we want, if we just dream hard enough or work hard enough for it.

Then there’s our wonderful Christian faith – a faith that constantly reaches for the impossible because its foundation is rooted in a God who did the unimaginable to show us how much He loves us (John 3:16). I am absolutely sold on the mystery and majesty of believing in God the Father, Son and Holy Spirit. I adore the stories of miracles, healings and compassion which display the Father’s love for us over and over again in the Bible. I cling to the parables and verses which encourage us to ask, seek and knock, believing that God can and will answer us. I choose to live with the burning conviction that anything is possible because I know a God who wields resurrection power. And I choose to hold on to the belief that God is faithful and trustworthy when it comes to our deepest desires.

Acceptance isn’t at odds with this faith. If anything, acceptance is seeing all the possibilities through the lens of heaven and knowing that the answer and the breakthrough could simply be one prayer, one moment away. But I think acceptance is also about the positioning of our hearts in saying that we choose heaven’s way over our own way. And for me, it has taken a really long time to get to this place in terms of my desire to have a family.

The catalyst for this necessary shift came last autumn when a friend visited me at home. I took her upstairs to the prayer room I have created and we sat on the floor and considered together the many collected verses, words of encouragement and prayers that I had pinned to two of the walls. My friend commented that the space seemed less like a prayer room and more like a war room, where I went to do business for my family. And although this accurate observation made me proud of my commitment to my cause, it didn’t sit comfortably at all in my heart. I began to realise that the IVF process we had been through over the previous 18 months had altered my interaction with God. It had been such an incredibly intense environment that survival had become little more than a daily petition to God that He would breakthrough with our miracle through the process. But in doing so my faith life had become one-dimensional and cold; a battleground of my own making.

As I reflected on what my friend had said I realised that I didn’t want a war room where all I did was contend for this one thing over and over again, focusing on what was in God’s hands. I wanted an intimate space where I could meet with God, cultivate a relationship with him based on who He is, and seek His face. In Matthew 6:33 it says, “But seek first his kingdom and his righteousness, and all these things will be given to you as well”. I had been wanting to make this my goal, but failing as my heart pined and my arms impressed upon me their emptiness.

And I knew it was time to wipe the slate clean.

One day when I was feeling brave, I took everything down. For days afterwards I wondered whether the promises I had been holding onto were as empty as the bare walls I stood before now. For a while, I wondered whether God would say anything at all, and if He did would I want to hear it? But slowly, as I meditated on this verse from Matthew 6:33, God began to whisper fresh encouragement to my heart. Over time new images and pictures, verses and words came to my mind. Some were echoes of promises already received, ready to be reinstated. Others were a reminder of who God says He is and how He sees me – a renewal of our identities together to restore what had been eroded.

And overwhelmingly, the word ‘hope’ came to me again and again. Not hope in my circumstances or in what the doctors might yet do for us, but hope in the only one who is truly to be trusted in all areas of my life. When we fix our eyes on Jesus, our world expands to meet His. How will we ever know how He sees us and how we are to see Him unless we take our eyes off our problems and pursue Him?

Choosing to look away from what we long for isn’t saying that those things don’t matter to us anymore, or that we have stopped caring – it’s simply about saying that what matters most is God. And that as we patiently wait for our miracle, we will seek His face first. 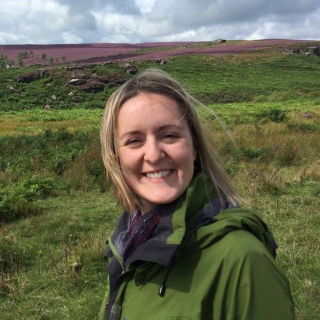